Mumia Must Be Alive & Free: Protest Tuesday Nov 9 at noon in downtown Oakland 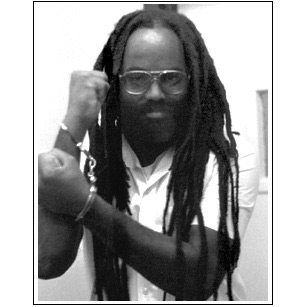 Mumia Abu-Jamal must be alive and free!

There is a November 9 hearing in Philadelphia before the 3rd Circuit Court of Appeals.  The hearing is occurring because the U.S. Supreme Court has ordered the Court of Appeals to reconsider its previous decision to throw out the death sentence on Mumia.

If the appeals court finds against Mumia, as the Supreme Court has strongly hinted it should, Mumia could very soon be facing a new death warrant and execution date.

A mass movement, reaching far and wide in society and around the world, was a crucial factor in stopping the rulers of this country from executing Mumia in the 1980s and '90s. At this moment, people must come together behind the demand to free Mumia Abu-Jamal.

For background on Mumia Abu-Jamal and his current status see the article: "New Threat Against Political Prisoner Mumia Abu-Jamal; Court of Appeals Could Reinstate Death Sentence."

There will be similar protests around the country, find the one near you online!