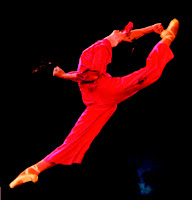 Winter Solstice! Sip on a hot beverage and hear live mini book reviews from revolutionaries. Preview video gift possibilities. Discover scores of unique gifts that will delight, provoke, enlighten and help make a difference in the world. Beautiful bi-lingual children's books. Rebellious young adult speculative fiction. A great selection of great books, from sci fi to science, from graphic novels to cutting edge exposure and analysis of world events. Revolutionary theory and re-envisioned communism. Something for every mindful person. Every purchase of a book, video, handmade jewelry, or artwork helps the bookstore flourish and thrive. Music, refreshments, etc. (For those of you who are out of the area, buy books here at our online store.)

Take the "holy" out of the holidays!
In The Atheist's Guide to Christmas ($14.99), forty-two atheist artists, comedians, scientists and writers offer funny and serious essays on Christmas.

Away with All Gods! (Xmas online special price $13.00) is a powerful and erudite critique of religion and superstition and a rousing call to place our trust in reason and the scientific method....Unusual for an atheist work and in marked difference to works of Sam Harris and Richard Dawkins Avakian went further to explore the way in which religion is used to sustain the status quo and as a reactionary force by political power mongers...He stands against not only religion and superstition but for reason and science and shows us what an alternative way of living can really be like. More importantly he shows us the revolutionary potential of finally doing away with all gods and what such a new world could look like." --Synergy Magazine

Truancy ($9.99) is "dedicated to everyone that has ever suffered in the name of education", it is a work of speculative fiction written by a high school student. It is the story of a city where the school system is the means by which children are trained to submit and obey, groomed to be docile adults (sounds familiar, yeah we know.) Schools are run with an iron fist, by the Educators (really bad guys.) You are not allowed to talk in school, each day is a series of humiliating exercises, pop quizzes and threats. Expulsion (from society) is the penalty for resistance. But there is a rebellion threatening this set up,  a group of former students called the Truancy, whose goal is to take down the system by any means possible-at any cost. But are their means and goals that much better or different than the Educators?

In The Hunger Games ($8.99) by Suzanne Collins, twenty-four children are forced to enter. Only the winner survives.

In the ruins of a place once known as North America lies the nation of Panem, a shining Capitol surrounded by twelve outlying districts. Each year, the districts are forced by the Capitol to send one boy and one girl between the ages of twelve and eighteen to participate in the Hunger Games, a brutal and terrifying fight to the death – televised for all of Panem to see. Katniss Everden finds that if she is to survive the Hunger Games, she must weigh survival against humanity and life against love.

Marx's General: The Revolutionary Life of Friedrich Engels by Tristam Hunt ($20.00). Bringing the co-founder of communism to life: his strict Prussian upbringing, college days debating the philosophy Hegel, studying and working as part of the radical movement of the most oppressed proletarians in Britain, to the front lines of revolutionary struggle in Europe to his collaboration and friendship with Karl Marx to develop a scientific understanding of society and revolution – and to struggle for this view to lead the revolutionary struggles of their day.

The Science of Evolution and the Myth of Creationism Knowing What's Real and Why It Matters by Ardea Skybreak ($24.95) In today's world, without the science of evolution there would be no science. Written for both the scientifically-minded as well as those who are not familiar with science at all, this book details the facts evolution. Skybreak looks at the diversity and complexity of life on this planet and how all life, including humans, evolved. 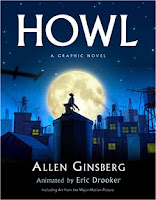 Howl: A Graphic Novel ($19.99) visualizes the poem—stanza by stanza—with animation art Drooker designed for the film. “In publishing 'Howl,' I was curious to leave behind after my generation an emotional time bomb that would continue exploding in U.S. consciousness, in case our military-industrial-nationalist complex solidified into a repressive police bureaucracy.”
“I was also curious to see how [Eric Drooker] would interpret my work. And I thought that with today's lowered attention span TV consciousness, this would be a kind of updating of the presentation of my work . . . He really captured that sense of Moloch I was going for in the second section of 'Howl'—‘Moloch whose buildings are judgment!’”  —Allen Ginsberg

The Assassination of Fred Hampton: How the FBI and the Chicago Police Murdered a Black Panther by Jeffrey Haas. ($26.00) This book shows Hampton as a dynamic leader, dedicated to the people.

“A riveting account of the assassination, the plot behind it, the attempted cover-up, and the lessons we should draw from this shocking tale of government iniquity.” (Noam Chomsky)

Texas Tough: The Rise of America’s Prison Empire by Robert Perkinson ($20.00). “Texas Tough is a raw, compelling assessment of racial disparity and southern culture as they have determined the massive over-incarceration of African Americans. If you want to understand how politics, not crime control, governs today’s prison population, read this book.” -- Charles J. Ogletree Jr., Harvard Law School, and author of When Law Fails and All Deliberate Speed.