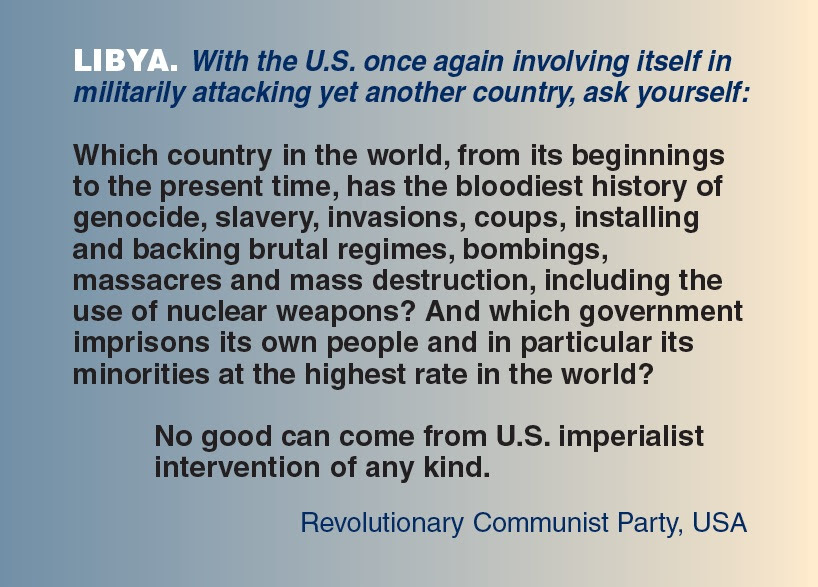 As the UN, US and other big powers authorize and get ready to attack Libya, Revolution Books will be in the streets Sat March 19, raising our voices against interventions, invasions and occupations!

WE CANNOT BE SILENT as remote-controlled drones bomb civilians in rural Pakistan … as whole villages are obliterated by 25 tons of bombs dropped in Afghanistan … as permanent bases are established in Iraq, already ravaged and torn apart by years of war and a corrupt and brutal regime set up by the U.S. … as torture at Guantanamo and Bagram prisons continue in our name.

See listing of protests in California