Ngugi wa Thiong'o, the world-renowned Kenyan writer, will read and discuss his book Dreams in a Time of War: A Childhood Memoir. (click to purchase) 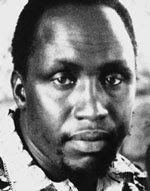 Ngugi Wa Thiong'o is respected and beloved around the world for his path-breaking novels and plays that paint an unsparing picture of life in neo-colonial Kenya. He has broken new ground in bringing the oppressed onto the literary scene, and his outspoken resistance to imperialist culture is also reflected in his innovative theoretical work on post-colonial literature. He has been imprisoned more than once in Kenya for his works. In the late '70s he began writing novels in Gikuyu, his mother tongue. The first of these, Devil on the Cross, was written in prison on toilet paper. 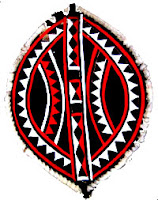 Ngugi now lives in exile in the U.S. Formerly a professor at NYU, he is currently a Distinguished Professor of English and Comparative Literature at the University of California, Irvine. His books have been translated into more than thirty languages.
For more on Ngugi, go to http://www.ngugiwathiongo.com/
Tweet