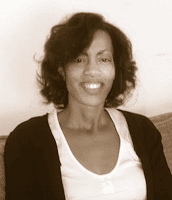 "In the book I examine the implications of black Christian religiosity, skepticism, humanism, and atheism from an African American feminist perspective, taking on Christian fundamentalist fascism and the hijacking of public morality....despite longstanding traditions of secular humanism, skepticism, and Freethought espoused by such thinkers as Frederick Douglass, Zora Neale Hurston, Nella Larsen and Richard Wright, atheism remains a taboo belief system in black communities."

Dr. Hutchinson will appear at Revolution Books in Berkeley on Friday, May 27 at 7 pm.

Sikivu Hutchinson is the author of Imagining Transit: Race, Gender, and Transportation Politics in Los Angeles and has published fiction, essays and critical theory in Social Text, California English, Black Agenda Report and American Atheist Magazine. She is a Senior Fellow with the Institute for Humanist Studies.

Click here to read an excerpt of Moral Combat.