RB has received word about an emergency protest and would like to pass it along. 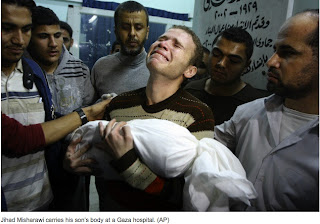 PROTEST THE WAR ON GAZA!

IMPORTANT: As Israel carries out new attacks on the Palestinian people, RB encourages ppl to read, share and spread the online special issue of Revolution:  The Case of Israel Bastion of Enlightenment or Enforcer for Imperialism?

-----------------------
The Israeli military has just announced a large-scale ongoing invasion of Gaza. Many Palestinians have already been killed, with talks of a ground operation soon to come. This is the biggest escalation in Gaza since the massacres of 2008-9.

STOP the War on Gaza!
Stand Against the US Support of Israel!
Support the Palestinian People!

Protest Organized by activists in the Bay Area Arab Community, allies and supporters of Palestine.