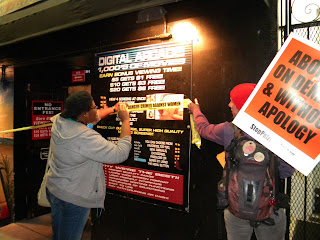 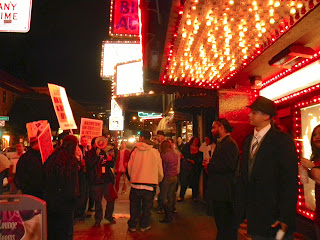 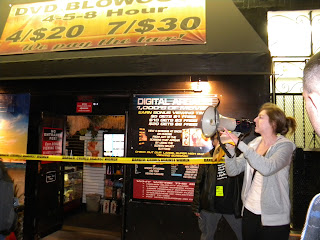 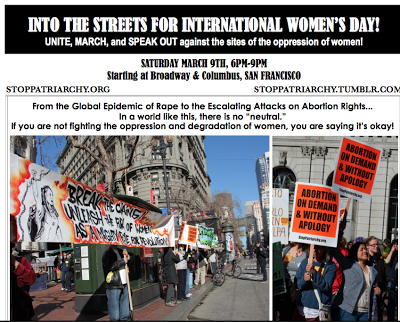 This International Women's Day, 2013, join us in the streets to say:

We refuse to accept a world which enslaves and degrades half of humanity simply because they are born female. We are done turning our heads and making excuses. We are done swallowing the daily insults and abuses. We are done blaming ourselves and/or each other. We are done choking on our rage. We dare to confront this war on women head-on, without fear and without compromise.

For International Women's Day 2013, through our mass public actions around the country – joining with women and men around the world – we will make it known: there is a new movement taking hold, a movement you have to join, a movement that will not stop until all the chains that bind women have been shattered forever.

RISE UP with the WOMEN OF THE WORLD!