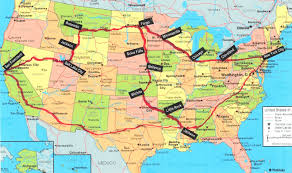 Two of the freedom riders who were with the ride from San Francisco to Wichita, Kansas will speak at Revolution Books on Thursday, 8/22, at 7 p.m.
Abortion rights are in grave danger.  300 bills restricting abortion access are now in state legislatures.  8 abortion providers have been murdered across the country.
The ABORTION RIGHTS FREEDOM RIDE is calling out the truth about what is at stake in this fight
over abortion:  Forced motherhood is female enslavement!   It is calling for defiance, resistance, and demanding:
Abortion on Demand and Without Apology!
The Freedom Ride started on July 24, with vans leaving from the east and west coast.  East and West converged in Fargo, North Dakota, holding protests, press conferences, public outings, and presenting “Abortion providers are heroes!” awards to the last abortion provider in North Dakota.  The Ride has focused on key areas where access to abortion is under extreme assault:  Fargo, Wichita, Kansas and Jackson, Mississippi.
The struggle for abortion rights is crucial to the liberation of women, and it is a crucial part of building the movement for revolution.
Come learn about the Freedom Ride, and help spread the news of this pathbreaking Freedom Ride, join in the battle to turn the tide.
Find out more by going to revcom.us and the StopPatriarchy.org blog.