October Month Of Resistance To Mass Incarceration, Police Terror, Repression And The Criminalization Of a Generation 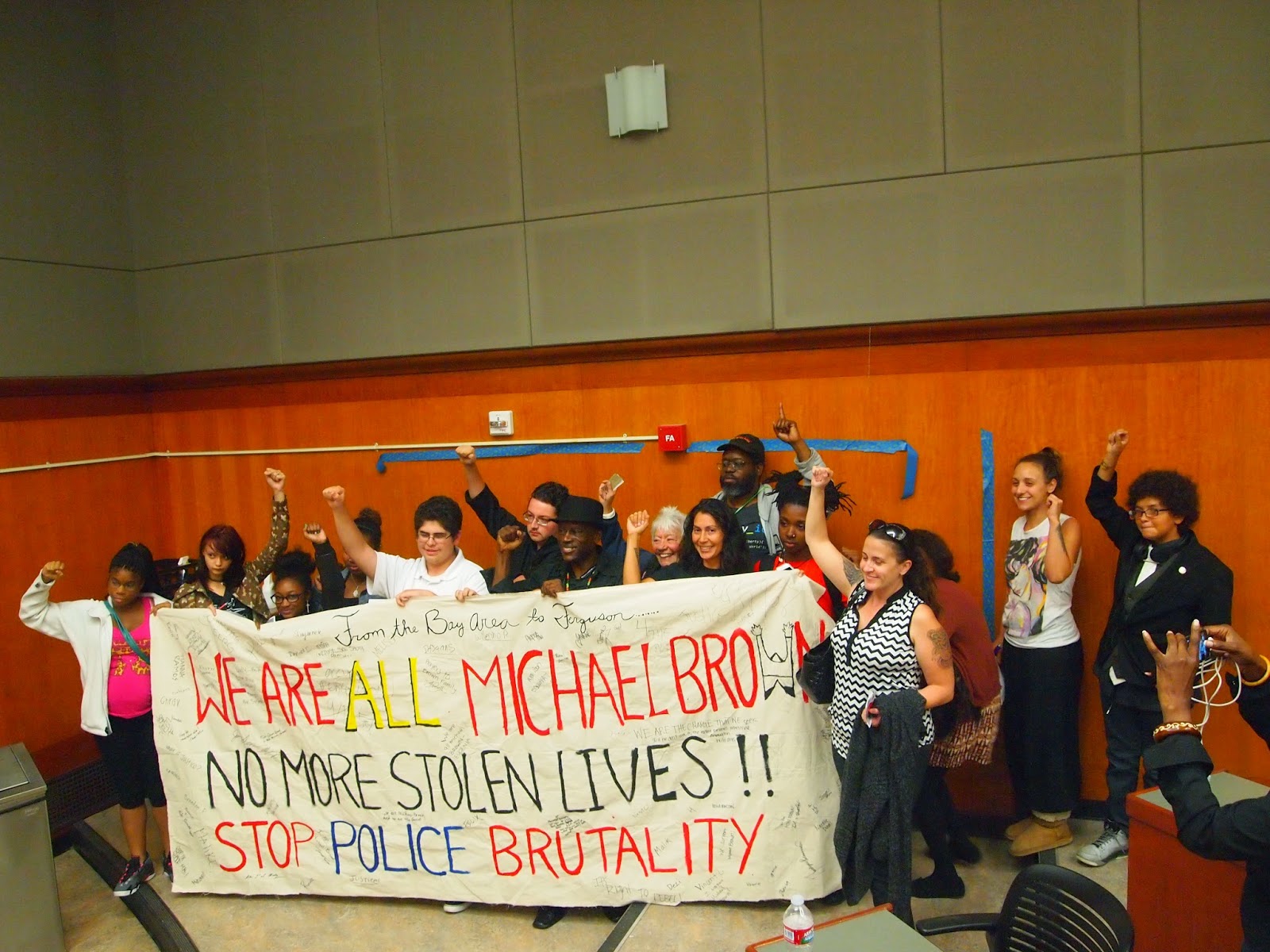 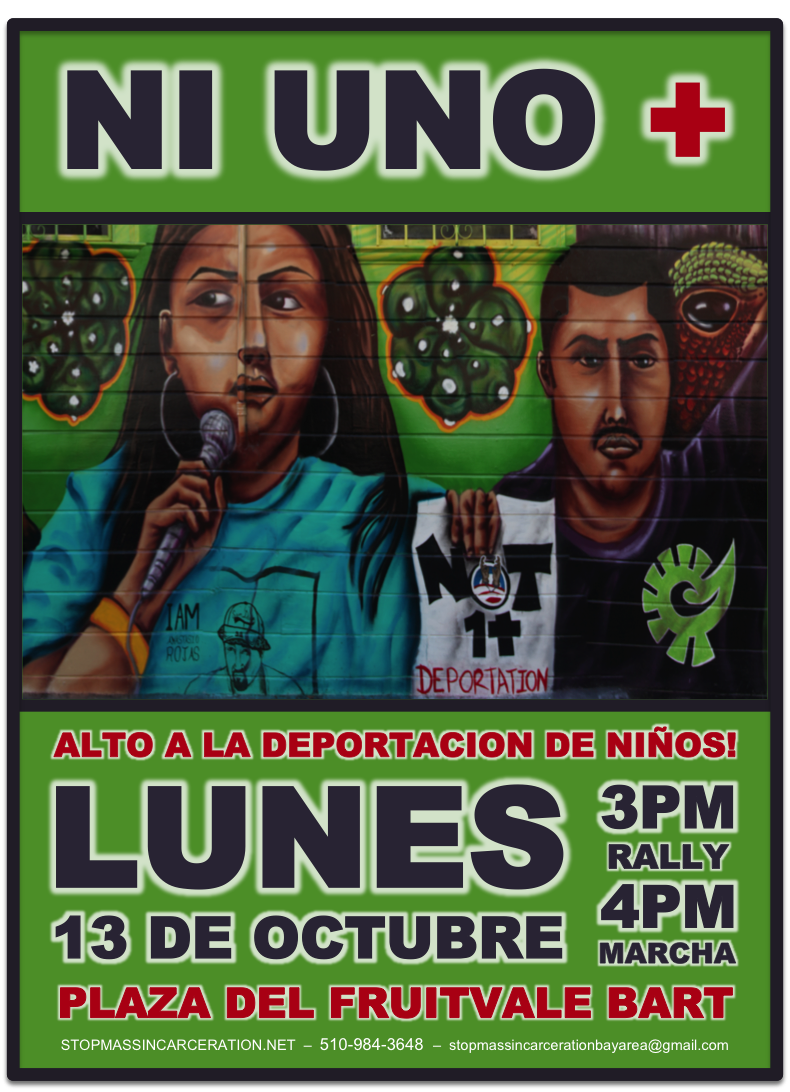 Not One More!
WE MUST STOP IT NOW!
Mon, October 13th
3 pm, Fruitvale BART Plaza

October 22nd will see Massive Demonstrations in many cities against Police Brutality, Repression and the Criminalization of A Generation.  "In October, 2014, our resistance to mass incarceration must reverberate across the country and around the world. There must be powerful demonstrations nationwide on October 22, the National Day of Protest to Stop Police Brutality, Repression and the Criminalization of a Generation. Throughout October there must be panels and symposiums on campuses and in neighborhoods; major concerts and other cultural expressions; ferment in the faith communities, and more—all aimed at taking the movement to STOP mass incarceration to a much higher level. October, 2014, must be a month that makes clear that thousands and thousands are willing to stand up and speak out today and to awaken and rally forth millions."