Join our "Revolution -Nothing Less" contingent.

Wear an RNL T-shirt if you have one. Go to revcom.us for updated reports from Ferguson and around the world.
Spread this statement:  We Stand With The Defiant Ones 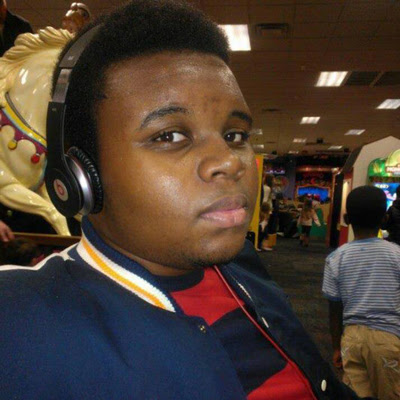 18-year-old Michael Brown was walking down a street with a friend when he was fatally shot multiple times by a cop. Photo: Justice for Michael Brown Facebook page.

There is one issue, and one issue alone, regarding the murder of Michael Brown: once again, some racist pig has taken the life of an unarmed Black youth—in this case, trying to surrender. Don’t let them fucking change the subject!
This other shit they’re running about some unrelated incident is nothing but demonization, nothing but brainwash. This is nothing but a strategy to derail the righteous, long-overdue and much much needed fight, of many people in many different ways, from Ferguson to the whole world, against this horrific injustice and the whole larger agenda it’s part of.
Click here to print, post or tweet.

Michael Brown to Eric Garner
This has to stop NOW!

People are standing up in Ferguson!
It's right to rebel!

Time's up for this system.

Fight the Power, and Transform the People, for Revolution!

from World Can't Wait:
Today in Ferguson right after 18-year-old Michael Brown’s memorial service, the people marched ­­again.  Ever since the day Michael was murdered by a Ferguson cop, the people have refused to stop protesting and resisting.


They have turned the eyes of the world to this police murder and their demand for justice.  And with the whole world watching, the protesters have been violently assaulted by a military-style police force that makes Ferguson look like a war zone, time after time -- but the people in Ferguson keep holding their heads high, and they keep resisting.

Today hundreds were going down the street, adults and families with little kids, and many many teens.  People had signs, they were chanting, many held their hands up in the air: “Hands up, don’t shoot!”  At about 9:30 PM (well before the second night of midnight curfew!) a large-scale military-style police assault very very violently came at the march.  Dozens and dozens of cops in riot gear, tanks, tear gas, began pushing people out of the street.    The media was being kept away.     Very difficult to know from the outside world exactly how it went down - it’s impossible to know from CNN where police justifications and allegations run thick.  (It’s so good that livestreamers are working from the scene so we can at least see and hear what we all can!)

Come out tomorrow and say you’re standing with the people of Ferguson.  Where will justice come from?   The future’s unwritten, it is up to all of us.