Screening of
Revolution and Religion, The Fight for Emancipation and the Role of Religion, A Dialogue Between Cornel West and Bob Avakian 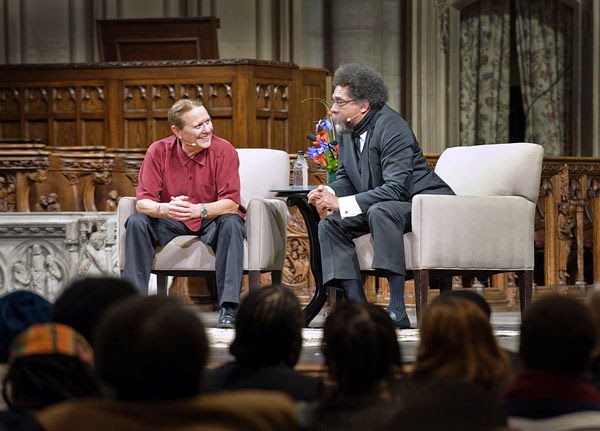 Part 4.  On November 15, 2014, 1,900 people at the Riverside Church in New York City witnessed an historic dialogue infused with the fire and passion to bring an end to all forms of oppression.  Cornel and BA struggled with the audience for a morality and a moral courage that these times demand. And, they fought for people to see the need for radical, revolutionary change—each in their own way and coming from different philosophical frameworks. They modeled and challenged the audience to think and to act on their convictions and to do so with courage.

We'll play A section of the film where Cornel West and Bob Avakian answer questions from the audience, in dialogue with each other:


“I wish life could be like this room tonight all the time, but when we leave here, we go back to a hard world, where some people go through hell, and others harden their hearts and heads to the possibility that things can actually be much better. How do we carry the spirit of mutual respect back home and sustain it while we struggle to change the world. I mean, cynicism is deep; how do we keep our heads?”

“I hear what you're saying, that I should be part of the revolution, and part of building this dialogue, but I'm too messed up, and I've done too many messed up things.” So what would you say to the youth in particular, the youth who've been cast out by this system, who say that?