News from the #RiseUpOctober protests


VIDEO OF 10:30AM-1PM, OCTOBER 22 OF CELEBRITIES, CLERGY AND FAMILIES OF THE MURDERED READING THEIR NAMES AND TELLING THEIR STORIES:

10AM EST STAGE IS SET IN TIMES SQUARE 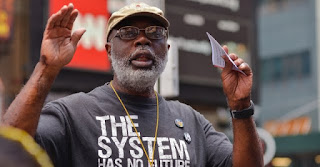 “The key thing that has to happen is that people have to take to the streets. There would be no discussion of all of this at a mainstream level if people didn’t speak up in Ferguson. They stayed in the streets in the mist of rubber bullets and tear gas. Now, the system is trying to suppress that. They’re hitting people with bigger arrests. They threaten with heavier charges. There’s also a propaganda war going on when they claim Black Lives Matter is a hate group. “We feel people shouldn’t get intimidated by that. This why the theme is “Stop Police Terror: Which Side Are You On” because we want to confront all of society.” Read the complete interview here

10-21-15 Salon.com interview with Carl Dix:
“This injustice has taken genocidal proportions”: Why Cornel West and Carl Dix are rising up against police brutality
Activist Carl Dix speaks with Salon about Rise Up October & how to end police killings of African Americans 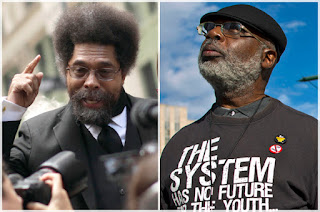 We want to let the world know that there is a sizable section of people in this country, who refuse to accept the horror of police getting away with murder. The significance of this is to say that people, not the media or police, are seeing this happen. Video after video, you see Eric Garner choked to death, Tamir Rice gunned down by police, Gilbert Flores being shot with his hands up, Sandra Bland brutalized and ending up dead in prison. People are not accepting this, and we want to put it before all of society. Don’t feel like you can be neutral on this: which side are you on?