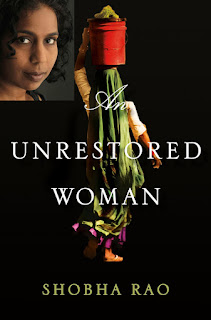 1947: the Indian subcontinent is partitioned into two separate countries, India and Pakistan. And with one decree, countless lives are changed forever.

An Unrestored Woman explores the fault lines in this mass displacement of humanity: a new mother is trapped on the wrong side of the border; a soldier finds the love of his life but is powerless to act on it; an ambitious servant seduces both master and mistress; a young prostitute quietly, inexorably plots revenge on the madam who holds her hostage. Caught in a world of shifting borders, Rao’s characters have reached their tipping points.


In paired stories that hail from India and Pakistan to the United States, Italy, and England, we witness the ramifications of the violent uprooting of families, the price they pay over generations, and the uncanny relevance these stories have in our world today.

"This transporting debut will linger in your mind long past the last page." - Karen Joy Fowler, New York Times best-selling author of We Are AlL Completely Beside Ourselves, winner of the PEN/Faulkner Award and shortlisted for the Man Booker Prize

"Shobha Rao is a spellbinding storyteller. With An Unrestored Woman, she lifts a handful of individuals from the wreckage of Partition and illuminates their inner lives with daring and empathy." - Tania James, author of The Tusk That Did The Damage

"Shobha Rao has given us clear-eyed stories of intense ruptures and unexpected connections, searing violence and genuine love." - Nalini Jones, author of What You Call Winter