Nayomi Munaweera discusses What Lies Between Us 3-14-16 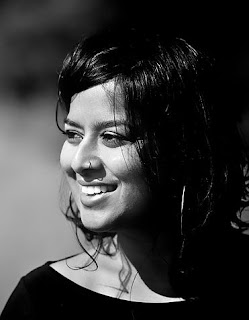 Nayomi Munaweera, discusses
What Lies Between Us
Monday, March 14, 7pm

"What Lies Between Us is set in Sri Lanka and San Francisco, the two places that I am lucky to call home. It is the story of a woman caught in some very difficult circumstances. I wrote the novel as an exploration of the lifelong impact of trauma. It’s also concerned with the complicated, fateful ways in which our identities are formed and the way they in turn shape our relationships. This book ... has a special focus on the lives of women." 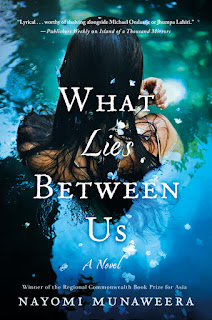 Nayomi was born in Sri Lanka in 1973. At age 3 she immigrated to Nigeria with her family. Political troubles in both Nigeria and Sri Lanka precipitated a second migration in 1984. The family landed in Los Angeles. Nayomi earned a BA and MA in English Lit with an emphasis in South Asian Studies. She was pursuing her PhD when fiction hit. Realizing that her heart belonged to story and not academia, she dropped out, moved to the Bay Area, got a teaching job and started writing a novel. The year was 2001. Island of a Thousand Mirrors was published 12 years later. She has never looked back.

Munaweera's debut novel, Island of a Thousand Mirrors , was initially published in South Asia and will be released in the U.S. in Fall 2014 by St. Martin’s Press. The novel has received rave reviews from sources as diverse as Mother Jones and Hyphen Magazine. It was long-listed for the Man Asia Literary Prize. It was short listed for the DSC Prize for South Asian Literature and won the Commonwealth Regional Prize for Asia.