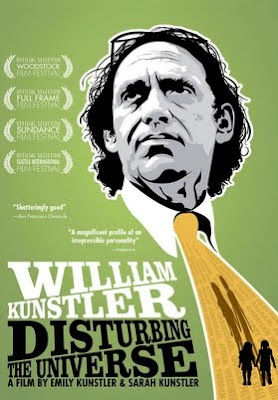 Filmmakers Emily Kunstler and Sarah Kunstler explore the life of their father, the late, great radical civil rights lawyer. Kunstler defended the Black Panther Party, the American Indian Movement, and was called on by prisoners to negotiate for them during the Attica uprising of 1971. In 1989 William Kunstler successfully argued the case of Texas v. Johnson before the US Supreme Court and in a landmark decision won the right to burn a flag in protest. Joey Johnson, a revolutionary, who was represented by Kunstler after burning the American flag at the 1984 RNC, and who is now, along with 16 others in the Revolution Club, facing trumped up charges for exercising this right (of burning the flag) at the 2016 Republican National Convention will host the screening and discussion after the film.

click HERE to read about the RNC16 & to demand that charges be dropped against Joey and all who were arrested.