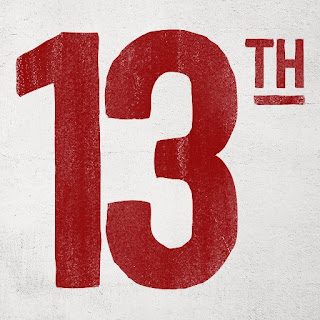 13th: From Slave to Criminal with One Amendment
by Director Ava DuVernay
Nominated for an Academy Award for Best Documentary

13th reveals how the U.S. "justice system" has been driven by racism from the days of slavery to today’s era of mass incarceration. The film, "13th," is named for the constitutional amendment that abolished slavery with the exception of punishment for crime. The United States accounts for 5 percent of the world’s population, but 25 percent of its prisoners. In 2014, more than 2 million people were incarcerated in the United States—of those, 40 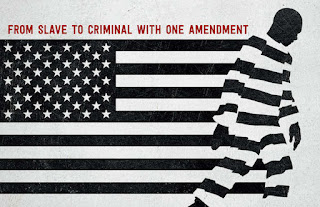 Ava DuVernay’s brilliantly analytical and morally passionate documentary traces the current-day mass incarceration of black Americans to its historical origins in the Thirteenth Amendment, which banned slavery and involuntary servitude “except as punishment for a crime.” -New Yorker