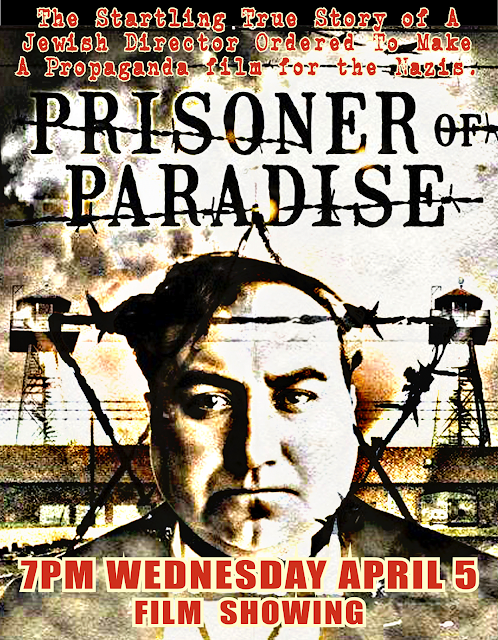 Directed by Malcolm Clarke and Stuart Sender
Nominated for an Academy Award in 2003
WATCH THE FILM TRAILER HERE
Think it can't happen here? This documentary is the true story of Kurt Gerron, a prominent actor, and film director in Germany during the 1930s. Loved and celebrated, Gerron was at the top of his game when the Nazis came to power in Germany. He had worked on films with Marlene Dietrich and Peter Lorre. His trademark cabaret song was “Mack the Knife.” Gerron at first made fun of Hitler and thought his fascist regime wouldn't last long. But even as Hitler cracked down on society and Jewish people, and committed one horror after another, Gerron continued to conciliate and compromise, trying to work with the Nazis until he could no longer make films in Germany.  Still he did not leave occupied Europe, but moved to Amsterdam to continue his career, until in 1943 he was rounded up with others and deported to Thereisenstadt, a concentration camp reserved for Jewish artists and intellectuals. Even then he continued to conciliate and made a deal with the Nazis to make what would be his last movie, a propaganda piece that depicted the camp as a “paradise.” Gerron's tragic life vividly brings home urgent lessons for today as we confront a fascist regime.