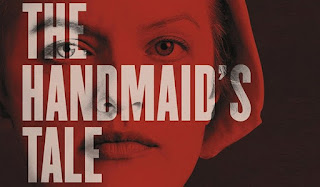 In the near future, fascist military officers, seizing on a crisis triggered by declining fertility rates and using an alleged terrorist attack as a pretext, take power in most of what was the United States. They establish the "Republic of Gilead," a theocracy in which biblical law and patriarchal values-as updated and interpreted by the new rulers-are increasingly imposed.  Women are assigned strict roles-some bear children, some do household work, some heavy and dangerous labor.

This is the world of The Handmaid's Tale, an original TV series which first aired in 2017.  It  is fiction... sort of,  based on the novel by Margaret Atwood. Revolution Books invites you to watch some of this series and join in discussion about the film and about acting to STOP this fiction from becoming a reality.