Revolution Books is screening this 2007 film at this time to celebrate the spirit of the Iranian people and stand with them against the new severe sanctions on Iran imposed by Trump. 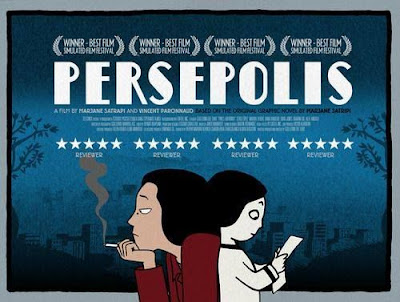 Based on Marjane Satrapi's graphic novel about her life in pre and post-revolutionary Iran and then in Europe. The film traces Satrapi's growth from child to rebellious, punk-loving teenager in Iran. Marjane grows up in a family of left-wing activist intellectuals who, after the CIA coup against Mossaddegh, opposed the brutal Shah’s dictatorship & participate in the 1979 revolution, but are soon are targeted under the rule of the mullahs.