Screening and discussion with the filmmakers. 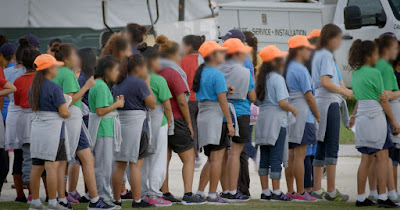 As the detention of migrant children has climbed to record-breaking levels under Trump, FRONTLINE and The Associated Press investigated what's going on inside federally-funded shelters - and the lasting impact on children held in U.S. custody. The nearly 70,000 migrant children who were held in government custody this year - up 42 percent in fiscal year 2019 from 2018 - spent more time in shelters and away from their families than in prior years.

Andrés Cediel is a documentary filmmaker and Professor of Visual Journalism at UC Berkeley. He produced "Rape in the Fields" and was a writer and producer of "Rape on the Night Shift," which brought to light rampant sexual assaults of immigrant women in the agricultural and janitorial industries. He was a producer of "Kids Caught in the Crackdown."

Daffodil Altan is an Emmy-nominated investigative producer and correspondent for FRONTLINE PBS who has worked in print and radio, in addition to documentary film. She is a lecturer at the UC School of Journalism.