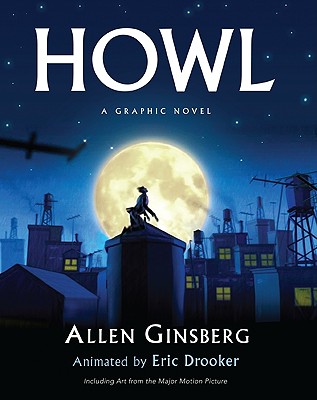 Allen Ginsberg was a member of the American Academy of Arts and Letters as well as a winner of the National Book Award for Poetry. He was born in Newark, New Jersey, in 1926, and died in New York City in 1997.

Eric Drooker is a painter and graphic novelist, born and raised on Manhattan Island. He's the award-winning author of Flood! A Novel in Pictures and Blood Song: A Silent Ballad. For many years Drooker was a street artist, well known for his provocative posters plastered on city lampposts and walls. His paintings now appear on covers of The New Yorker and hang in numerous collections. He collaborated with Allen Ginsberg on the book Illuminated Poems and later designed the animation for the movie Howl. In 2006, the Library of Congress acquired his original art for Flood! A Novel in Pictures, including preliminary drawings, sketches, and cover paintings.