A Little Book on Form: An Exploration into the Formal Imagination of Poetry (Hardcover) 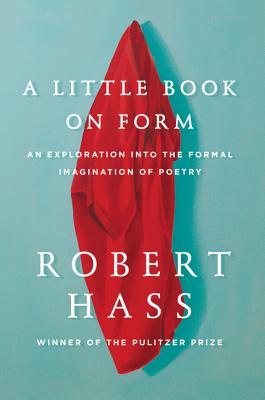 A Little Book on Form: An Exploration into the Formal Imagination of Poetry (Hardcover)

In addition to his magisterial poetry, Robert Hass is beloved for his incisive, meditative criticism. A Little Book on Form takes up the central contradiction between poetry as genre and the poetics of the imagination. A wealth of vocabulary exists with which to talk about, map, and explain poetry in rigorous formal terms. But the more intuitive, creative aspects of a poet’s work and processes are more elusive: if the most interesting parts of form are those expressive, essential gestures inside it, how can we come to a better understanding of form as passion, as art?

A Little Book on Form brilliantly synthesizes Hass’s formidable gifts as both a poet and a critic. In suggestive, informal “notes," Hass breaks the idea of a poem down to its barest building blocks, from the one line haiku to the villanelle and sonnet. His approach singularly employs postmodern perspectives on shape, thought, feeling, content, and movement, calling on Catullus and Allen Ginsberg, Issa and Czeslaw Milosz. Begun as a project for students of poetry, A Little Book is anything but—Hass investigates the ancient roots of the poetic impulse, taking a wide-ranging look at the most intense experience of human thought and feeling in language.

A Little Book on Form is a rousing reexamination of our most enduring mode of literature from one of our greatest living poets, who “writes prose every bit as zestful, penetrating, and sure-footed as his poetry” (Booklist).

“Hass is so supremely learned about and so deeply immersed in poetry, he is able to comport himself not just with incredible authority but also with casual humor. . . . Disguised as a reference book, this is actually a friendly tour of one poet’s mind.” — New York Times Book Review