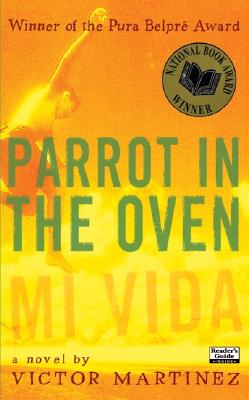 Dad believed people were like money. You could be a thousand-dollar person or a hundred-dollar person -- even a ten-, five-, or one-dollar person. Below that, everybody was just nickels and dimes. To my dad, we were pennies.

Fourteen-year-old Manny Hernandez wants to be more than just a penny. He wants to be a vato firme, the kind of guy people respect. But that′s not easy when your father is abusive, your brother can′t hold a job, and your mother scrubs the house as if she can wash her troubles away.

In Manny′s neighborhood, the way to get respect is to be in a gang. But Manny′s not sure that joining a gang is the solution. Because, after all, it′s his life -- and he wants to be the one to decide what happens to it.

Victor Martinez was born and raised in Fresno, California, the fourth in a family of twelve children. He attended California State University at Fresno and Stanford University, and has worked as a field laborer, welder, truck driver, firefighter, teacher, and office clerk. His poems, short stories, and essays have appeared in journals and anthologies. Mr. Martinez was awarded the 1996 National Book Award for Young People's Literature for Parrot in the Oven, his first novel. He now makes his home in San Francisco, California.

Steve Scott is the illustrator of Splish Splash by Joan Bransfield Graham and is a children's book designer. He lives in New York City.