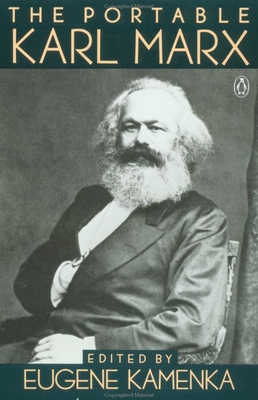 By Karl Marx, Eugene Kamenka (Selected by), Eugene Kamenka (Translated by), Eugene Kamenka (Introduction by)
List Price: $25.00
Our Price: $24.00
(Save: $1.00 4%)
On Our Shelves Now
Includes the complete Communist Manifesto and substantial extracts from On the Jewish Question, the German Ideology, Grundrisse, and Capital, a broad representation of his letters, and lesser-known works, especially his long-unavailable, early works.
Karl Mark (1818–1883) was a philosopher, social scientist, historian, and revolutionary. He is without a doubt the most influential socialist thinker to emerge in the nineteenth century. Although he was largely ignored by scholars in his own lifetime, his social, economic, and political ideas gained rapid acceptance in the socialist movement after his death. In Paris, Marx developed his lifelong partnership with Friedrich Engels (1820–1895).

Eugene Kamenka was a lecturer in philosophy at the University of Singapore and head of the History of Ideas Unit at the Institute of Advanced Studies of the Australian National University. His works include Marxism and Ethics, A World in Revolution?, The Philosophy of Ludwig Feuerbach, Nationalism: The Nature and Evolution of an Idea, The Portable Karl Marx, and Bureaucracy. He died in 1994.