END_OF_DOCUMENT_TOKEN_TO_BE_REPLACED

Grundrisse: Foundations of the Critique of Political Economy (Paperback) 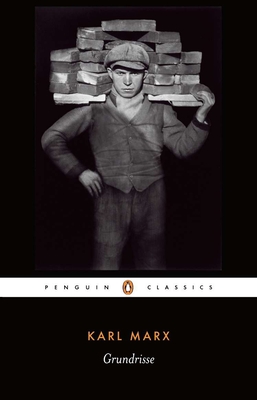 Written during the winter of 1857-8, the Grundrisse was considered by Marx to be the first scientific elaboration of communist theory. A collection of seven notebooks on capital and money, it both develops the arguments outlined in the Communist Manifesto (1848) and explores the themes and theses that were to dominate his great later work Capital. Here, for the first time, Marx set out his own version of Hegel's dialectics and developed his mature views on labour, surplus value and profit, offering many fresh insights into alienation, automation and the dangers of capitalist society. Yet while the theories in Grundrisse make it a vital precursor to Capital, it also provides invaluable descriptions of Marx's wider-ranging philosophy, making it a unique insight into his beliefs and hopes for the foundation of a communist state.

Karl Marx was born in 1818 in Trier, Germany and studied in Bonn and Berlin. Influenced by Hegel, he later reacted against idealist philosophy and began to develop his own theory of historical materialism. He related the state of society to its economic foundations and mode of production, and recommended armed revolution on the part of the proletariat. Together with Engels, who he met in Paris, he wrote the Manifesto of the Communist Party. He lived in England as a refugee until his death in 1888, after participating in an unsuccessful revolution in Germany. Ernst Mandel was a member of the Belgian TUV from 1954 to 1963 and was chosen for the annual Alfred Marshall Lectures by Cambridge University in 1978. He died in 1995 and the Guardian described him as 'one of the most creative and independent-minded revolutionary Marxist thinkers of the post-war world.'