END_OF_DOCUMENT_TOKEN_TO_BE_REPLACED

The Letters of Sacco and Vanzetti (Paperback) 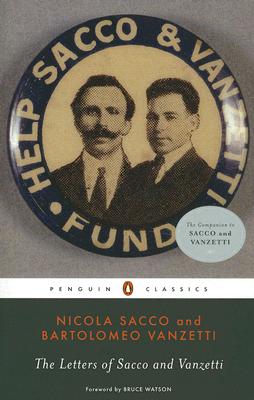 Electrocuted in 1927 for the murder of two guards in Massachusetts, the Italian- American anarchists Nicola Sacco and Bartolomeo Vanzetti defied the verdict against them, maintaining their innocence to the end. Whether they were guilty continues to be the subject of debate today. First published in 1928, Sacco and Vanzetti's letters represent one of the great personal documents of the twentieth century: a volume of primary source material as famous for the splendor of its impassioned prose as for the brilliant light it sheds on the characters of the two dedicated anarchists who became the focus of worldwide attention.

NICOLA SACCO (1891–1927) was born in Torremaggiorre, in southern Italy. As a youth he worked in his father’s vineyard, and emigrated to the U.S. in 1908 and eventually found work in a shoe factory in Milford, MA. He married in 1912 and had children. Soon after he became a devoted anarchist and a comrade of Bartolomeo Vanzetti. In May 1920, Sacco was arrested and charged with taking part in a robbery and murder in South Braintree, MA. In 1921, he was found guilty. After all appeals failed, he was executed on August 23, 1927.

BARTOLOMEO VANZETTI (1888–1927) was born in northern Italy and emigrated to the U.S. in 1908, after the death of his mother. He settled first in New York City, then worked as a laborer in various cities in eastern Massachusetes, eventually settling in Plymouth. By 1912 he had become an anarchist, and was arrested along with Sacco, not only for the Braintree crime but also with an attempted hold-up in Bridgewater, MA. Like Sacco, he was found guilty and was executed a few months after his friend.

BRUCE WATSON is the author of Sacco and Vanzetti: The Judgment of Mankind. He is an award-winning journalist whose articles have been published in The Los Angeles Times, Smithsonian, and The Boston Globe.