The Shawnees and the War for America (Paperback) 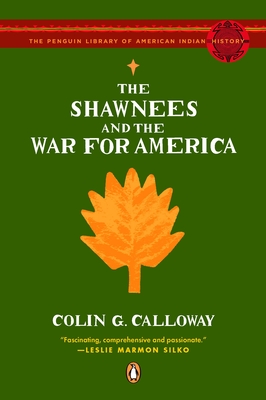 The Shawnees and the War for America (Paperback)

By Colin Calloway
List Price: $15.00
Our Price: $14.00
(Save: $1.00 7%)
On Our Shelves Now
With the courage and resilience embodied by their legendary leader Tecumseh, the Shawnees waged a war of territorial and cultural resistance for half a century. Noted historian Colin G. Calloway details the political and legal battles and the bloody fighting on both sides for possession of the Shawnees? land, while imbuing historical figures such as warrior chief Tecumseh, Daniel Boone, and Andrew Jackson with all their ambiguity and complexity. More than defending their territory, the Shawnees went to war to preserve a way of life and their own deeply held vision of what their nation should be.
Colin Calloway is a British American historian. He is the John Kimball, Jr. 1943 Professor of History and a professor of Native American Studies at Dartmouth College.