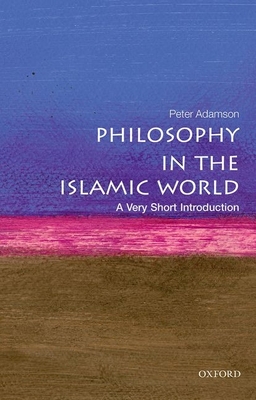 
On Our Shelves Now
In the history of philosophy, few topics are so relevant to today's cultural and political landscape as philosophy in the Islamic world. Yet, this remains one of the lesser-known philosophical traditions. In this Very Short Introduction, Peter Adamson explores the history of philosophy among Muslims, Jews, and Christians living in Islamic lands, from its historical background to thinkers in the twentieth century. Introducing the main philosophical themes of the Islamic world, Adamson integrates ideas from the Islamic and Abrahamic faiths to consider the broad philosophical questions that continue to invite debate: What is the relationship between reason and religious belief? What is the possibility of proving God's existence? What is the nature of knowledge? Drawing on the most recent research in the field, this book challenges the assumption of the cultural decline of philosophy and science in the Islamic world by demonstrating its rich heritage and overlap with other faiths and philosophies. ABOUT THE SERIES:
The Very Short Introductions series from Oxford University Press contains hundreds of titles in almost every subject area. These pocket-sized books are the perfect way to get ahead in a new subject quickly. Our expert authors combine facts, analysis, perspective, new ideas, and enthusiasm to make interesting and challenging topics highly readable.

Peter Adamson is Professor of Late Ancient and Arabic Philosophy at the Ludwig Maximilian University in Munich. In 2014, he was awarded the Custodian of the Two Holy Mosques Abdullah bin Abdulaziz International Award for Translation, with Peter E. Pormann for The Philosophical Works of al-KindI (OUP, 2012). He has published widely in ancient and medieval philosophy as well as hosting the popular History of Philosophy podcast, whose episodes are appearing as a series of books with OUP, entitled A History of Philosophy without any Gaps.