Shaking the Tree: Readings from Nature in the History of Life (Paperback) 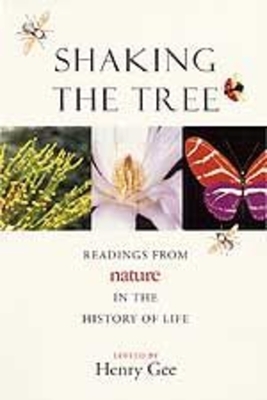 Shaking the Tree: Readings from Nature in the History of Life (Paperback)

By Henry Gee (Editor)
List Price: $40.00
Our Price: $27.50
(Save: $12.50 31%)
On Our Shelves Now
Nature has published news about the history of life ever since its first issue in 1869, in which T. H. Huxley ("Darwin's bulldog") wrote about Triassic dinosaurs. In recent years, the field has enjoyed a tremendous flowering due to new investigative techniques drawn from cladistics (a revolutionary method for charting evolutionary relationships) and molecular biology.

Shaking the Tree brings together nineteen review articles written for Nature over the past decade by many of the major figures in paleontology and evolution, from Stephen Jay Gould to Simon Conway Morris. Each article is brief, accessible, and opinionated, providing "shoot from the hip" accounts of the latest news and debates. Topics covered include major extinction events, homeotic genes and body plans, the origin and evolution of the primates, and reconstructions of phylogenetic trees for a wide variety of groups. The editor, Henry Gee, gives new commentary and updated references.

Shaking the Tree is a one-stop resource for engaging overviews of the latest research in the history of life on Earth.
Henry Gee is a senior editor at Nature. He is the author of Before the Backbone: Views on the Origin of the Vertebrates and In Search of Deep Time: Beyond the Fossil Record to a New History of Life the latter also published by the University of Chicago Press.