Rivers in Time: The Search for Clues to Earth's Mass Extinctions (Paperback) 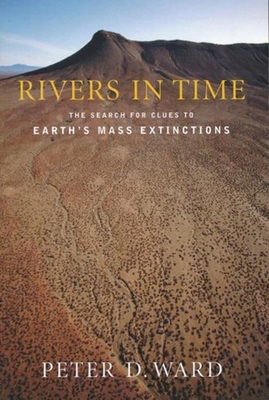 Rivers in Time: The Search for Clues to Earth's Mass Extinctions (Paperback)


On Our Shelves Now
Several times in the distant past, catastrophic extinctions have swept the Earth, causing more than half of all species--from single-celled organisms to awe-inspiring behemoths--to suddenly vanish and be replaced by new life forms. Today the rich diversity of life on the Earth is again in grave danger--and the cause is not a sudden cataclysmic event but rather humankind's devastation of the environment. Is life on our planet teetering on the brink of another mass extinction? In this absorbing new book, acclaimed paleontologist Peter D. Ward answers this daunting question with a resounding yes. Elaborating on and updating Ward's previous work, The End of Evolution, Rivers in Time delves into his newest discoveries. The book presents the gripping tale of the author's investigations into the history of life and death on Earth through a series of expeditions that have brought him ever closer to the truth about mass extinctions, past and future. First describing the three previous mass extinctions--those marking the transition from the Permian to the Triassic periods 245 million years ago, the Triassic to the Jurassic 200 million years ago, and the Cretaceous to the Tertiary 65 million years ago--Ward assesses the present devastation in which countless species are coming to the end of their evolution at the hand of that wandering, potentially destructive force called Homo sapiens. The book takes readers to the Philippine Sea, now eerily empty of life, where only a few decades of catching fish by using dynamite have resulted in eviscerated coral reefs--and a dramatic reduction in the marine life the region can support. Ward travels to Canada's Queen Charlotte Islands to investigate the extinctions that mark the boundary between the Triassic and Jurassic periods. He ventures also into the Karoo desert of southern Africa, where some of Earth's earliest land life emerged from the water and stood poised to develop into mammal form, only to be obliterated during the Permian/Triassic extinction. Rivers of Time provides reason to marvel and mourn, to fear and hope, as it bears stark witness to the urgency of the Earth's present predicament: Ward offers powerful proof that if radical measures are not taken to protect the biodiversity of this planet, much of life as we know it may not survive.
Peter D. Ward is professor of geological sciences at the University of Washington, Seattle. He is the author of many books, including Rare Earth, In Search of Nautilus, The End of Evolution (finalist for the Los Angeles Times Book Award), and On Methuselah's Trail.