Transgender 101: A Simple Guide to a Complex Issue (Paperback) 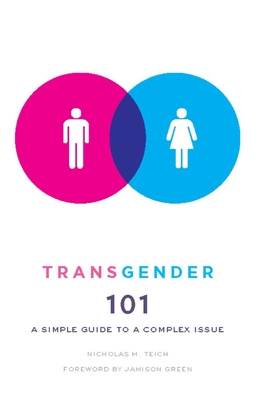 Transgender 101: A Simple Guide to a Complex Issue (Paperback)


On Our Shelves Now
Written by a social worker, popular educator, and member of the transgender community, this well-rounded resource combines an accessible portrait of transgenderism with a rich history of transgender life and its unique experiences of discrimination. Chapters introduce transgenderism and its psychological, physical, and social processes. They describe the coming out process and its effect on family and friends, the relationship between sexual orientation, and gender and the differences between transsexualism and lesser-known types of transgenderism. The volume covers the characteristics of Gender Identity Disorder/Gender Dysphoria and the development of the transgender movement. Each chapter explains how transgender individuals handle their gender identity, how others view it within the context of non-transgender society, and how the transitioning of genders is made possible. Featuring men who become women, women who become men, and those who live in between and beyond traditional classifications, this book is written for students, professionals, friends, and family members.
Nicholas M. Teich is a licensed social worker pursuing a Ph.D. in social policy at Brandeis University. A member of the World Professional Association for Transgender Health, he trains and educates groups about gender issues and is the founder and president of Camp Aranu'tiq, the first-ever summer camp for transgender children.