END_OF_DOCUMENT_TOKEN_TO_BE_REPLACED

From Head Shops to Whole Foods: The Rise and Fall of Activist Entrepreneurs (Columbia Studies in the History of U.S. Capitalism) (Paperback) 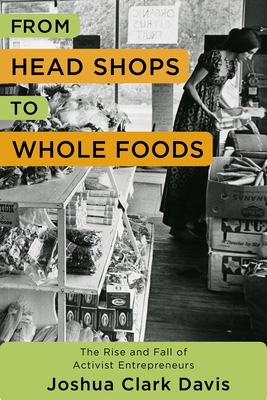 In the 1960s and '70s, a diverse range of storefronts--including head shops, African American bookstores, feminist businesses, and organic grocers--brought the work of the New Left, Black Power, feminism, environmentalism, and other movements into the marketplace. Through shared ownership, limited growth, and democratic workplaces, these activist entrepreneurs offered alternatives to conventional profit-driven corporate business models. By the middle of the 1970s, thousands of these enterprises operated across the United States--but only a handful survive today. Some, such as Whole Foods Market, have abandoned their quest for collective political change in favor of maximizing profits. Vividly portraying the struggles, successes, and sacrifices of these unlikely entrepreneurs, From Head Shops to Whole Foods writes a new history of social movements and capitalism by showing how activists embraced small businesses in a way few historians have considered. The book challenges the widespread but mistaken idea that activism and political dissent are inherently antithetical to participation in the marketplace. Joshua Clark Davis uncovers the historical roots of contemporary interest in ethical consumption, social enterprise, buying local, and mission-driven business, while also showing how today's companies have adopted the language--but not often the mission--of liberation and social change.

Joshua Clark Davis is assistant professor of history at the University of Baltimore.