Only the Strong Survive: Memoirs of a Soul Survivor (Black Music and Expressive Culture) (Paperback) 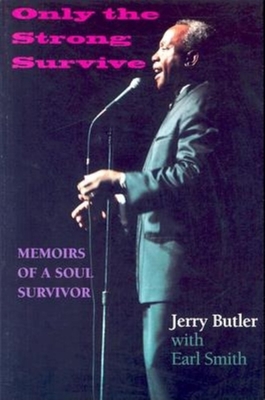 Only the Strong Survive: Memoirs of a Soul Survivor (Black Music and Expressive Culture) (Paperback)

" . . . Butler's recollections of the racially segregated 'chitlin circuit, ' the early days of the civil rights movement and fellow performers like Dinah Washington, Little Willie John and Dionne Warwick are fascinating and insightful. . . . Only the Strong Survive makes one wish it came with a soundtrack." --The New York Times Book Review

" Only the Strong Survive] presents a portrait of a remarkable performer, as well as an up-close and personal look at the world of rhythm and blues from the perspective of an insider. . . . A moving chronicle of one of America's music pioneers." --Chicago Tribune

"More than an autobiography, Only the Strong Survive is also a glimpse at the political and social climate of the times which shaped the life of one man." --Ebony

An award-winning performer, producer, and composer, and one of the architects of Rhythm-and-Blues, Jerry "The Iceman" Butler has enjoyed a musical career spanning more than 40 years that produced over 50 albums, numerous hit songs, and three Grammy Award nominations. Butler is now in his fifth term as a Cook County Commissioner in Chicago, Illinois.