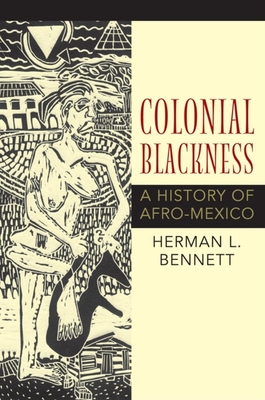 Asking readers to imagine a history of Mexico narrated through the experiences of Africans and their descendants, this book offers a radical reconfiguration of Latin American history. Using ecclesiastical and inquisitorial records, Herman L. Bennett frames the history of Mexico around the private lives and liberty that Catholicism engendered among enslaved Africans and free blacks, who became majority populations soon after the Spanish conquest. The resulting history of 17th-century Mexico brings forth tantalizing personal and family dramas, body politics, and stories of lost virtue and sullen honor. By focusing on these phenomena among peoples of African descent, rather than the conventional history of Mexico with the narrative of slavery to freedom figured in, Colonial Blackness presents the colonial drama in all its untidy detail.

Herman L. Bennett is Professor of History at The Graduate Center, CUNY, and author of Africans in Colonial Mexico: Absolutism, Christianity, and Afro-Creole Consciousness, 1570-1640 (IUP, 2003).