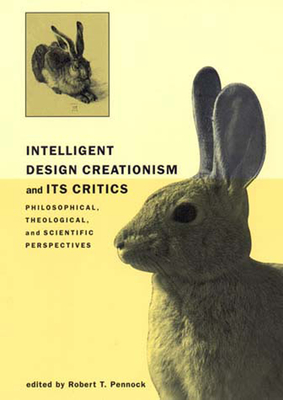 By Robert T. Pennock (Editor)
List Price: $55.00
Our Price: $45.00
(Save: $10.00 18%)
On Our Shelves Now
The last decade saw the arrival of a new player in the creation/evolution debate—the intelligent design creationism (IDC) movement, whose strategy is to act as "the wedge" to overturn Darwinism and scientific naturalism. This anthology of writings by prominent creationists and their critics focuses on what is novel about the new movement. It serves as a companion to Robert Pennock's Tower of Babel, in which he criticizes the wedge movement, as well as other new varieties of creationism. The book contains articles previously published in specialized, hard-to-find journals, as well as new contributions. Each section contains introductory background information, articles by influential creationists and their critics, and in some cases responses by the creationists. The discussions cover IDC as a political movement, IDC's philosophical attack on evolution, the theological debate over the apparent conflict between evolution and the Bible, IDC's scientific claims, and philosopher Alvin Plantinga's critique of naturalism and evolution. The book concludes with Pennock's "Why Creationism Should Not Be Taught in the Public Schools."
Robert T. Pennock is University Distinguished Professor of History, Philosophy, and Sociology of Science at Michigan State University in the Lyman Briggs College and the Departments of Philosophy and Computer Science and Engineering. He is the author of Tower of Babel: The Evidence against the New Creationism (MIT Press).
This book is a terrific one-volume summary of the scientific, philosophical and theological issues.—Scientific American—