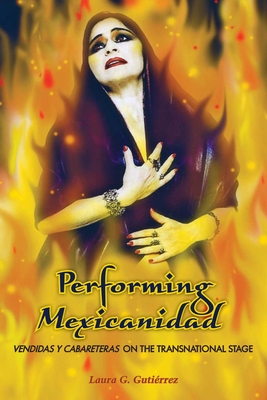 This is the first book-length study to wed performance studies and queer theory in examining the performative/performance work of important contemporary Mexicana and Chicana cultural workers. It proposes that the creations of several important artists—Chicana visual artist Alma López; the Mexican political cabareteras Astrid Hadad, Jesusa Rodríguez, Liliana Felipe, and Regina Orozco; the Chicana performance artist Nao Bustamante; and the Mexican video artist Ximena Cuevas—unsettle heterosexual national culture. In doing so, they are not only challenging heterosexist and nationalist discourses head-on, but are also participating in the construction of a queer world-making project. Treating the notion of dis-comfort as a productive category in these projects advances feminist and queer theories by offering an insightful critical movement suggesting that queer worlds are simultaneously spaces of desire, fear, and hope.

Gutiérrez demonstrates how arenas formerly closed to female performers are now providing both an artistic outlet and a powerful political tool that crosses not only geographic borders but social, sexual, political, and class boundaries as well, and deconstructs the relationships among media, hierarchies of power, and the cultures of privilege.

Laura G. Gutiérrez is Associate Professor in the Department of Mexican American and Latina/o Studies at the University of Texas at Austin.