What May Come: The Taller de Gráfica Popular and the Mexican Political Print (Paperback) 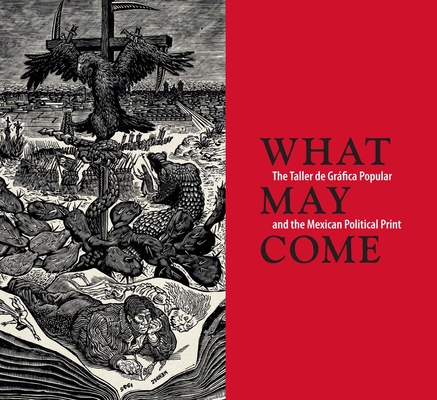 What May Come: The Taller de Gráfica Popular and the Mexican Political Print (Paperback)


On Our Shelves Now
Established in Mexico City in 1937, the Taller de Gráfica Popular (Popular Graphic Art Workshop) sought to create prints, posters, and illustrated publications that were popular and affordable, accessible and politically topical, and above all formally compelling. Founded by the printmakers Luís Arenal, Leopoldo Méndez, and American-born Pablo O’Higgins, the TGP ultimately became the most influential and enduring leftist printmaking collective of its time.

The workshop was admired for its prolific and varied output and for its creation of some of the most memorable images in midcentury printmaking. Although its core membership was Mexican, the TGP welcomed foreign members and guest artists as diverse as Josef Albers and Elizabeth Catlett. The collective enjoyed international influence and renown and inspired the establishment of similar print collectives around the world. This bilingual publication features twenty-four works representing the finest linocuts and lithographs from the heyday of this important workshop. These arresting images are drawn from the significant holdings of TGP works in the collection of the Art Institute of Chicago.
Diane Miliotes is an independent art historian, curator, and educator based in Chicago.