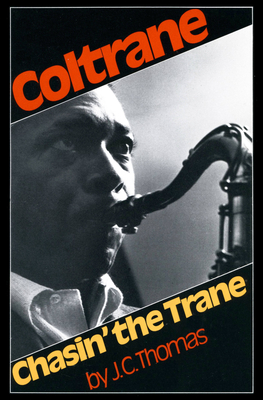 By J. C. Thomas
List Price: $16.99
Our Price: $16.00
(Save: $0.99 6%)
On Our Shelves Now
Always elusive, constantly moving, incessantly changing, John Coltrane stood astride the jazz world of the late ‘50s and ‘60s. He was a giant of the saxophone and a major composer. His music influenced both rock stars and classical musicians. There was a mystical quality, a profound melancholy emanating from this quiet, self-contained man that moved listeners—some of whom knew little about music but heard something beyond music's boundaries in the sounds his saxophone created. J. C. Thomas traces John Coltrane's life and career from his North Carolina childhood through his apprenticeship with Dizzy Gillespie, Thelonious Monk, and Miles Davis, to its culmination in the saxophonist's classic quartet that played to steadily increasing audiences throughout America, Europe, and Japan.The author has drawn on the recollections of the people who knew Coltrane best—boyhood friends, band members like Elvin Jones, spiritual mentors like Ravi Shankar, and the women who loved him. Chasin' the Trane is the story of a man who struggled against drug addiction, studied African and Eastern music and philosophy, admired both Einstein's expanding universe and the shimmering sounds a harp makes, and left behind the enduring legacy of a master musician who was also a beautiful man.
J. C. Thomas writes for theNew York Times, Down Beat, and the Village Voice. His weekly discussion show appears on Teleprompter Cable TV.