The Central Park Five: The Untold Story Behind One of New York City's Most Infamous Crimes (Paperback) 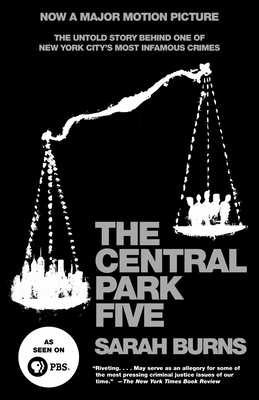 The Central Park Five: The Untold Story Behind One of New York City's Most Infamous Crimes (Paperback)

A spellbinding account of the real facts of the Central Park jogger case that powerfully reexamines one of New York City's most notorious crimes and its aftermath. • A must-read after watching Ava DuVernay's When They See Us

On April 20th, 1989, two passersby discovered the body of the "Central Park jogger" crumpled in a ravine. She'd been raped and severely beaten. Within days five black and Latino teenagers were apprehended, all five confessing to the crime. The staggering torrent of media coverage that ensued, coupled with fierce public outcry, exposed the deep-seated race and class divisions in New York City at the time. The minors were tried and convicted as adults despite no evidence linking them to the victim. Over a decade later, when DNA tests connected serial rapist Matias Reyes to the crime, the government, law enforcement, social institutions and media of New York were exposed as having undermined the individuals they were designed to protect.

Here, Sarah Burns recounts this historic case for the first time since the young men's convictions were overturned, telling, at last, the full story of one of New York’s most legendary crimes.

Sarah Burns graduated from Yale University in 2004 with a degree in American studies and went on to work for Moore & Goodman, a small civil rights law firm based in New York. She is now producing a documentary film with Ken Burns based on this book. She lives in Brooklyn, New York.
"Riveting. . . An important book.” –The Cleveland Plain Dealer

“Burns’s gripping tale may serve as an allegory for some of the most pressing criminal justice issues of our time.” –The New York Times Book Review

“This is a controversial and important book, presenting a powerful argument that the minority youths who are convicted of raping and nearly murdering “the Central Park Jogger” were innocent of that crime (though not necessarily of other violent crimes committed in Central Park that night). It demonstrates that our justice system is far from full proof even in the face of alleged confession, eyewitness and forensic evidence. Were these false convictions based on understandable mistakes? Or were they based on racial stereotyping? Read this fine book and make up your own mind.” –Alan M. Dershowitz, author of The Trials of Zion

"Burns is a calm, lucid, and concise writer."--NPR

“Gripping from start to finish, The Central Park Five is an unvarnished look at one of the most infamous crimes in New York City history. You may think you know the true story of the Central Park jogger, but you don’t. Sarah Burns tells a harrowing story, in which her only allegiance is to the truth.” –Kevin Baker, author of Dreamland