Our Lady of Alice Bhatti (Paperback) 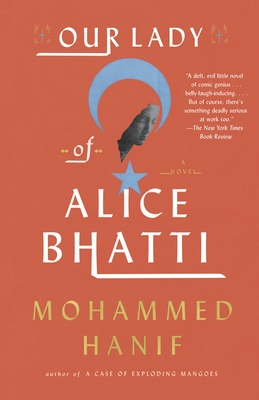 Our Lady of Alice Bhatti (Paperback)

The patients of the Sacred Heart Hospital for All Ailments need a miracle. Alice Bhatti may be just what they’re looking for. She’s the daughter of a part-time healer in the French Colony, Karachi’s infamous Christian slum, and it seems she has, unhappily, inherited his part-time gift. With a bit of begrudging but inspired improvisation, Alice begins to bring succor to the hospital’s overflowing patients. But all is not miraculous. Alice is a Christian in an Islamic world, ensnared in the red tape of hospital bureaucracy, trapped by the caste system, and torn between her patients, her father and her husband—who is about to drag Alice into a situation so dangerous that perhaps not even a miracle will be able to save them.

Mohammed Hanif was born in Okara, Pakistan. He graduated from the Pakistan Air Force Academy as Pilot Officer but subsequently left to pursue a career in journalism. He has written for stage, film and BBC Radio. His first novel, A Case of Exploding Mangoes, was long-listed for the Man Booker Prize, short-listed for The Guardian First Book Award and won the Commonwealth Writers’ Prize for Best First Novel. He was the head of the BBC Urdu Service in London and now works as their special correspondent based in Karachi.