The Scourging of Iraq: Sanctions, Law and Natural Justice (Paperback) 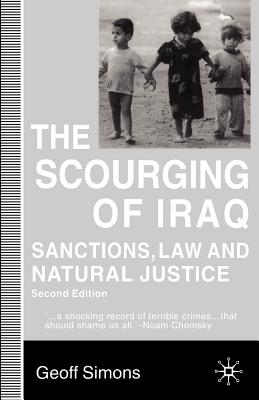 The Scourging of Iraq: Sanctions, Law and Natural Justice (Paperback)

By G. Simons
List Price: $59.00
Our Price: $21.95
(Save: $37.05 63%)
On Our Shelves Now
The Scourging of Iraq describes the impact of the 1991 Gulf War and subsequent economic sanctions on the Iraqi people. Evidence is presented to show that food and medicine are being denied to the civilian population, and that this involves a gross violation of the 1977 Protocol 1 addition to the 1949 Geneva Convention, which includes the words: 'Starvation of civilians as a method of warfare is prohibited'. Sanctions are considered in a historical, political and legal context, with particular attention to how the economic blockade may be seen as a criminal violation of UN resolutions and the UN Genocide Convention.
GEOFF SIMONS has written a wide range of successful books in various subject areas. His work has been translated into a dozen languages and many of his titles are on university reading lists. Now a freelance author, he was formerly Chief Editor and then Managing Editor in a major publishing company.