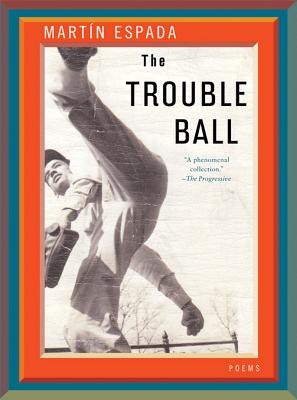 “[An] important work . . . inspiring its readers to greater human connection and to keep fighting the good fight.”—The Rumpus

In this new collection of poems, Martín Espada crosses the borderlands of epiphany and blasphemy: from a pilgrimage to the tomb of Frederick Douglass to an encounter with the swimming pool at a center of torture and execution in Chile, from the adolescent discovery of poet Omar Khayyám to the death of an "illegal" Mexican immigrant.

from "The Trouble Ball"

On my father's island, there were hurricanes and tuberculosis, dissidents in jail

and baseball. The loudspeakers boomed: Satchel Paige pitching for the Brujos

of Guayama. From the Negro Leagues he brought the gifts of Baltasar the King;

from a bench on the plaza he told the secrets of a thousand pitches: The Trouble Ball,

The Triple Curve, The Bat Dodger, The Midnight Creeper, The Slow Gin Fizz,

The Thoughtful Stuff. Pancho Coímbre hit rainmakers for the Leones of Ponce;

Satchel sat the outfielders in the grass to play poker, windmilled three pitches

to the plate, and Pancho spun around three times. He couldn't hit The Trouble Ball.