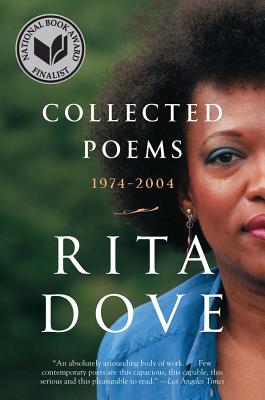 Finalist for the 2016 National Book Award

Finalist for the 2017 NAACP Image Award

Three decades of powerful lyric poetry from a virtuoso of the English language in one unabridged volume.

Rita Dove’s Collected Poems 1974–2004 showcases the wide-ranging diversity that earned her a Pulitzer Prize, the position of U.S. poet laureate, a National Humanities Medal, and a National Medal of Art. Gathering thirty years and seven books, this volume compiles Dove’s fresh reflections on adolescence in The Yellow House on the Corner and her irreverent musings in Museum. She sets the moving love story of Thomas and Beulah against the backdrop of war, industrialization, and the civil right struggles. The multifaceted gems of Grace Notes, the exquisite reinvention of Greek myth in the sonnets of Mother Love, the troubling rapids of recent history in On the Bus with Rosa Parks, and the homage to America’s kaleidoscopic cultural heritage in American Smooth all celebrate Dove’s mastery of narrative context with lyrical finesse. With the “precise, singing lines” for which the Washington Post praised her, Dove “has created fresh configurations of the traditional and the experimental” (Poetry magazine).

Rita Dove, Pulitzer Prize winner and former U.S. Poet Laureate, is the only poet honored with both the National Humanities Medal and the National Medal of Arts. A professor of creative writing at the University of Virginia, she lives in Charlottesville.
To read the poems of Rita Dove, to go where they take you, is to follow her deeply into a series of themes and their subsets: African-Americans in history and right now, ideas of indenture and independence, sex, travel, language (she compares commas to “miniature scythes”), family, motherhood, roomy adult love and whatever is coming out of the radio....so well observed that your heart and your internal cinema struggle to hold all it puts on display....Ms. Dove’s poems have earthiness, originality, power and range. Despair and loss are among her central themes, but so is the hunt for bedrock human pleasures.
— Dwight Garner - New York Times

Reminds readers why she is one of the nation’s most respected literary figures....Essential.
— Washington Post