Playlist for the Apocalypse: Poems (Hardcover) 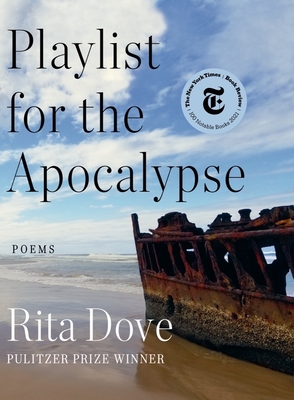 Playlist for the Apocalypse: Poems (Hardcover)

A piercing, unflinching new volume offers necessary music for our tumultuous present, from “perhaps the best public poet we have” (Boston Globe).

In her first volume of new poems in twelve years, Rita Dove investigates the vacillating moral compass guiding America’s, and the world’s, experiments in democracy. Whether depicting the first Jewish ghetto in sixteenth-century Venice or the contemporary efforts of Black Lives Matter, a girls’ night clubbing in the shadow of World War II or the doomed nobility of Muhammad Ali’s conscious objector stance, this extraordinary poet never fails to connect history’s grand exploits to the triumphs and tragedies of individual lives.

Meticulously orchestrated and musical in its forms, Playlist for the Apocalypse collects a dazzling array of voices: an elevator operator simmers with resentment, an octogenarian dances an exuberant mambo, a spring cricket philosophizes with mordant humor on hip hop, critics, and Valentine’s Day. Calamity turns all too personal in the book’s final section, “Little Book of Woe,” which charts a journey from terror to hope as Dove learns to cope with debilitating chronic illness.

At turns audaciously playful and grave, alternating poignant meditations on mortality and acerbic observations of injustice, Playlist for the Apocalypse takes us from the smallest moments of redemption to catastrophic failures of the human soul. Listen up, the poet says, speaking truth to power; what you’ll hear in return is “a lifetime of song.”

Rita Dove, Pulitzer Prize winner and former U.S. Poet Laureate, is the only poet honored with both the National Humanities Medal and the National Medal of Arts. A professor of creative writing at the University of Virginia, she lives in Charlottesville.