END_OF_DOCUMENT_TOKEN_TO_BE_REPLACED

The Anatomy of Revolution (Mass Market) 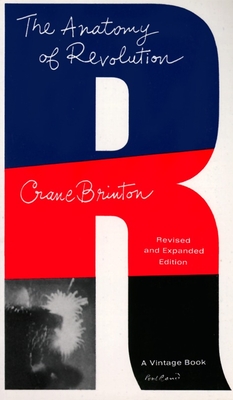 The definitive, hugely influential comparative history of the English, American, French and Russian revolutions from a renowned American scholar. "Classic" and "famous," The Anatomy of Revolution examines the patterns and processes that all revolutions share.

"Such is [Professor Brinton's] wit and historical knowledge that what might have become a syllogistic hash in lesser hands turns out to be a keen and perceptive exposition and , like a well-conducted seminar, sets the mind of the reader racing off on its owns." --The New Yorker

Crane Brinton (1898-1968) was an American historian of France who taught as a professor at Harvard University from 1942 until his death. Before securing a position as a professor at Harvard, Brinton studied there as a student and received a Rhodes Scholarship allowing him to attend Oxford University, where he received his doctorate in philosophy (1923). Brinton’s most famed work was his The Anatomy of Revolution (1938). During his lifetime he served as the president of both the American Historical Association and the Society for French Historical Studies.