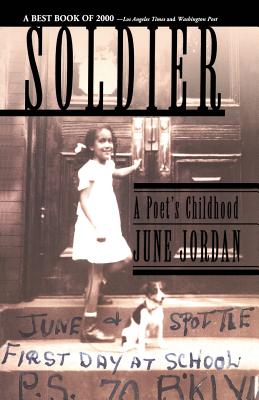 By June Jordan
List Price: $17.99
Our Price: $15.95
(Save: $2.04 11%)
On Our Shelves Now
A profoundly moving childhood memoir by a noted poet, essayist, teacher, and journalist. "SHORTA not uncommon story is here captured with astonishing beauty" the childhood of a gifted daughter whose immigrant parents must struggle in order to provide her with the educational and social opportunities not available to them or, for that matter, to most blacks of her generation. In vivid prose that re-creates the heady impressions of youth, June Jordan takes us to the Harlem and Brooklyn neighborhoods where she lived and out into the larger landscape of her burgeoning imagination. Exploring the nature of memory, writing, and familial as well as social responsibility, Jordan re-creates the world in which her identity as a social and artistic revolutionary was forged.
June Jordan was Professor of African American Studies at U.C. Berkeley and was born in New York City in 1936. Her books of poetry include Haruko / Love Poems and Naming Our Destiny: New and Selected Poems. She was also the author of five children's books, a novel, three plays, and five volumes of political essays, the most recent of which was Affirmative Acts.

For more than ten years, she wrote a regular political column for The Progressive magazine. Her honors included a National Book Award nomination, a Rockefeller Foundation grant, and a National Association of Black Journalists Award. June Jordan died in Berkeley, California on June 14, 2002.