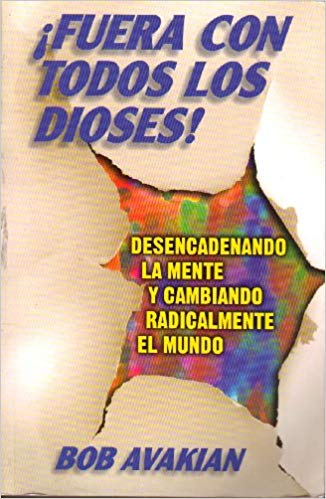 
On Our Shelves Now
(In Spanish) Bringing a revolutionary communist voice to the current discourse about god, atheism, and morality, this treatise demystifies religious belief and examines how, even in its most progressive interpretations, religion stands in the way of the emancipation of humanity. Addressing numerous questions—such as Is believing in gods actually harmful? How has Christianity served for centuries as an ideology of conquest and subjugation? Why is the "Bible Belt" in the U.S. also the "lynching belt?" and Why is patriarchy and the oppression of women foundational to so many religions?—this critique takes issue with long-established traditions and suggests the necessity to fully rupture with all forms of superstition and embrace a truly scientific approach to understanding and transforming reality.
Bob Avakian (BA) is the architect of a whole new framework of human emancipation, the new synthesis of communism, which is popularly referred to as the "new communism." The goal of the new communism is a total revolution—the most radical revolution in human history that aims at nothing less than overcoming all forms of oppression and exploitation all over the world, a society where humanity could truly flourish. The new synthesis is based on more than 40 years of revolutionary work that BA has done critically analyzing and drawing from past revolutionary experience and theory, and a broad range of human activity and thought. It is a continuation of, but also represents a qualitative leap beyond, and in some important ways a break with, communist theory as it had been previously developed. It provides the basis—the science, the strategy, and the leadership—for an actual revolution and a radically new society on the road to real emancipation.
"Forceful, scathing, and timely. While I did not personally agree with everything Bob Avakian has to say in this book, I found his arguments cogently articulated and provocatively put forth. Angry, humorous, provocative, and hopeful in equal measure, this was an enjoyable and engaging read." —Phil Zuckerman, associate professor of sociology, Pitzer College

"Bold, wide-ranging, down-to-earth, provocative. One needn't be a Marxist to learn a lot from this work. I especially like the forthright critique of the obfuscating epistemology of religion, and of religion's appalling consequences for women." — Laura Purdy, professor, humanities and philosophy, Wells College