END_OF_DOCUMENT_TOKEN_TO_BE_REPLACED

The Massacre at El Mozote (Paperback) 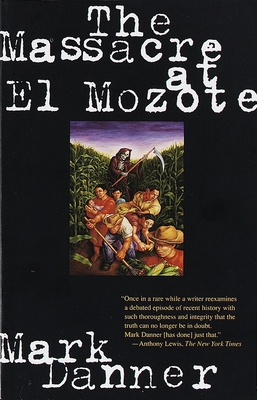 A masterpiece of scrupulous investigative journalism that is also a testament to the forgotten victims of a neglected theater of the Cold War.

"Once in a rare while a writer reexamines a debated episode of recent history with such thoroughness and integrity that the truth can no longer be in doubt. Mark Danner [has done] just that." —The New York Times

In December 1981 soldiers of the Salvadoran Army's select, American-trained Atlacatl Battalion entered the village of El Mozote, where they murdered hundreds of men, women, and children, often by decapitation. Although reports of the massacre—and photographs of its victims—appeared in the United States, the Reagan administration quickly dismissed them as propaganda. In the end, El Mozote was forgotten. The war in El Salvador continued, with American funding.

When Mark Danner's reconstruction of these events first appeared in The New Yorker, it sent shock waves through the news media and the American foreign-policy establishment. Now Danner has expanded his report into a brilliant book, adding new material as well as sources.

A former staff writer for the New Yorker, Mark Danner contributes frequently to the New York Review of Books and the New York Times Magazine. The recipient of a National Magazine Award and a MacArthur Fellowship, he teaches at Berkeley and Bard College.

"Once in a rare while a writer reexamines a debated episode of recent history with such thoroughness and integrity that the truth can no longer be in doubt. Mark Danner [has done] just that." —New York Times

"Mark Danner is one of our best, most ambitious narrative journalists. He writes only on what he knows deeply, cares about passionately. His harrowing, rebuking account of an atrocious episode of the civil war in El Salvador touches on many of the central issues raised by American policies and journalistic practice in the Cold War and after. This is an admirable, necessary book." —Susan Sontag

"Mark Danner's account of what happened at El Mozote is a gripping story on three levels -- that of the massacre, that of the official cover-up and that of the press. It is also a brilliant piece of writing." —Frances FitzGerald