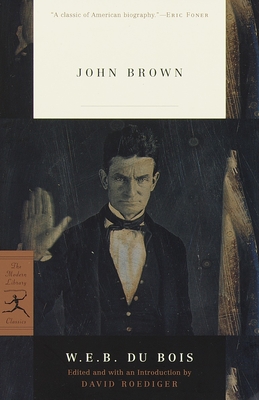 
On Our Shelves Now
A moving cultural biography of abolitionist martyr John Brown, by one of the most important African-American intellectuals of the twentieth century.

In the history of slavery and its legacy, John Brown looms large as a hero whose deeds partly precipitated the Civil War. As Frederick Douglass wrote: "When John Brown stretched forth his arm ... the clash of arms was at hand." DuBois's biography brings Brown stirringly to life and is a neglected classic.
W.E.B. Du Bois (1868–1963), writer, civil rights activist, scholar, and editor, is one of the most significant intellectuals in American history. A founding member of the NAACP, editor for many years of The Crisis and three other journals, and author of seventeen books, his writings, speeches, and public debates brought fundamental changes to American race relations.

David Roediger is Kendrick Babcock Professor of History at the University of Illinois (Urbana/Champaign). His books include The Wages of Whiteness and, as editor, Black on White.