The Tree Is Older Than You Are: A Bilingual Gathering of Poems & Stories from Mex (Paperback) 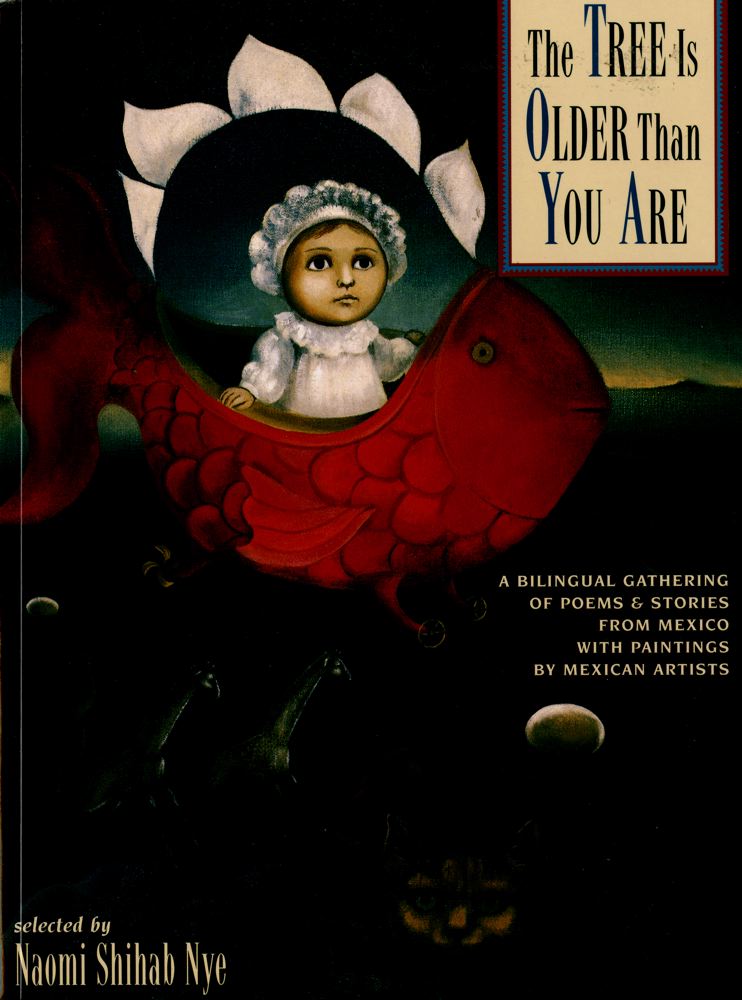 The Tree Is Older Than You Are: A Bilingual Gathering of Poems & Stories from Mex (Paperback)

By Naomi Shihab Nye
List Price: $19.99
Our Price: $16.99
(Save: $3.00 15%)
On Our Shelves Now
A beautiful collection of bilingual poems and stories from Mexico, paired with paintings by Mexican artists.

“Remember, the tree is older than you are and you might find stories in its branches.”

So begins this wondrous collection of poems and stories from Mexico that invites us to imagine a car as sweet as strawberry ice cream, skin that kisses air and breeze-waving hair, a rabbit with little ears, a frog that runs instead of hops, and taxis filled with ghosts. Richly colored paintings interspersed throughout express not just the meaning of the words, but the magic within them.
Naomi Shihab Nye is an award-winning writer and editor whose work has appeared widely. She edited the ALA Notable international poetry collection, This Same Sky, and The Tree Is Older Than You Are: Poems and Paintings from Mexico, as well as The Space Between Our Footsteps: Poems and Paintings from the Middle East. Her books of poems include Fuel, Red Suitcase, and Words Under the Words. A Guggenheim fellow, she is also the author of the young adult novel Habibi, which was named an ALA Notable Book, a Best Book for Young Adults, and winner of the Jane Addams Children’s Book Award as well as the Book Publishers of Texas award from the Texas Institute of Letters. Naomi lives in San Antonio, Texas, with her husband, Michael, and their son, Madison.